Menu
Get an obligation free quote

It will be law for all residential properties to have mains powered smoke alarms installed from 1 October 2009. In dwellings where the construction of the building does not permit a space to conceal the wiring or where no mains power is available, smoke alarms with a 10 year battery life are permitted.

Under Building Regulations Amendment 2009 an electrical contractor must install mains powered smoke alarms before a property is sold or a new rental lease agreement has been signed.

Rental properties have until 1 October 2011 to comply with the new regulations.

IF YOU ARE SELLING

If you are selling a house built before 1997 you must install mains powered smoke alarms before settlement from 1 October 2009 when new laws come into effect.

If this does not occur your Local Government can inspect the property and issue a rectification notice, infringement notice or prosecute for any breaches with a fine up to $5000.

WHICH SMOKE ALARM IS BEST?

A mains powered photo electric smoke alarm is best with a fixed rechargeable battery that does not need to be changed for the life of the smoke alarm.

This type of alarm can detect smoke faster and more types of smoke compared to older models. This means you will be alerted to a fire earlier giving you more time to escape

IF YOU ARE BUYING

If you are buying a home built before 1997 make sure it has mains powered smoke alarms installed before you buy it. It will same you money and protect the lives of you and your family.

The responsibility for having smoke alarms fitted to the property rests with the seller. The seller should be aware of this new requirement, however check they are installed or you could have to pay yourself if they are not installed before settlement.

Have a licensed electrical contractor check that the alarms are within the 10 year service life.

Class 1b buildings (flat or apartment) 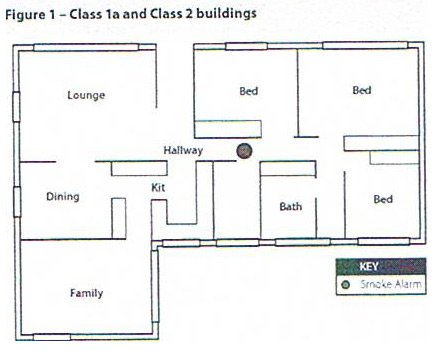 In Class 1b buildings, smoke alarms must be installed on or near the ceiling – 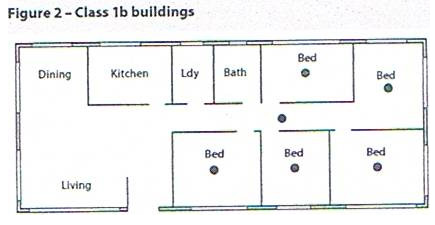 WHERE THERE’S SMOKE, THERE COULD BE FIRE!

Fires can start quickly and without warning. A working smoke alarm can provide valuable minutes in identifying a fire, giving you more time to escape safely. FESA recommends a smoke alarm is also installed in each bedroom.

Smoke alarms are very sensitive and may detect smoke and moisture created by common household activities, such as burning toast or steam from a bathroom.

Smoke alarms should not be located near:

The above information if sourced from FESA fact sheets, if you would like more information contact Riverside Settlements or www.fesa.wa.gov.au

Get In Touch For An Obligation Free Quote Today.

Riverside Settlements is proud to offer a wide range of settlement services through out Western Australia.

To find out how you can save hundreds on your settlement fees, contact Riverside Settlements for a no obligation FREE quote.

Contact Riverside Settlements for a no obligation FREE quote.